How Hot is that Hot Pepper?

Does the name Wilbur Scoville ring a bell? The only time I've heard this name is in reference to chili peppers.  After a bit of digging and research, I learned that Wilbur Scoville was a pharmacist, a research scientist, and a notable author.  He is famous for creating a scale that rates and detect the pungency of chili peppers. In Scoville’s method a specific amount of the peppers heat source, capsaicin oil, is added to increasingly larger amounts of sugar-water until a small group of tasters can’t detect the heat.  This has been a tried and true method for decades but it is subjective and after a time the tasters can become desensitized to the capsaicin.


Currently, and since the 1980's HPLC (high performance liquid chromotography) is used to evaluates the "spiciness" of chili peppers. This process separates, isolates, identifies and measures the concentration of the heat producing components of chilies.

Personally, I love chili peppers.  My family grew them and as a child, we learned to cultivate them for sale to many restaurants. I add Tabasco and Sriracha to almost everything I eat:  pasta, meats, seafood, tacos, pizza and more.  Last year, I grew 6 types of chili peppers and this year I plan to grow an equal number of new varieties.  Read about my favorite one here.

To my great delight and surprise, I found a ghost chili pepper plant at the Master Gardener plant sale this past weekend.  In 2007, this pepper was named the hottest pepper in the world but has since been superseded but several others.  At approximately 1,000,000 Scoville units, this chili is considered "nuclear."  Originally from India and parts of Bangladesh, this chili has been grown for centuries but only made it to the US in the 2000's.  I don't think I can actually eat this chili but I would love to grow it as a specimen to give away to friends and family who might want to add a super kick to their already spicy dishes.  My ghost pepper is currently in a cold frame waiting for the nights to warm up before I plant it out in the garden.  Notes about its growth and habit will follow in the upcoming months.  Stay tuned! 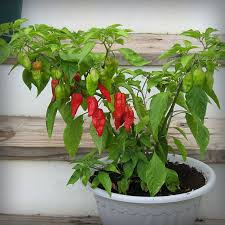 WARNING:  Handle hot chilies with gloves and do not touch your eyes, nose or mouth after handling them. 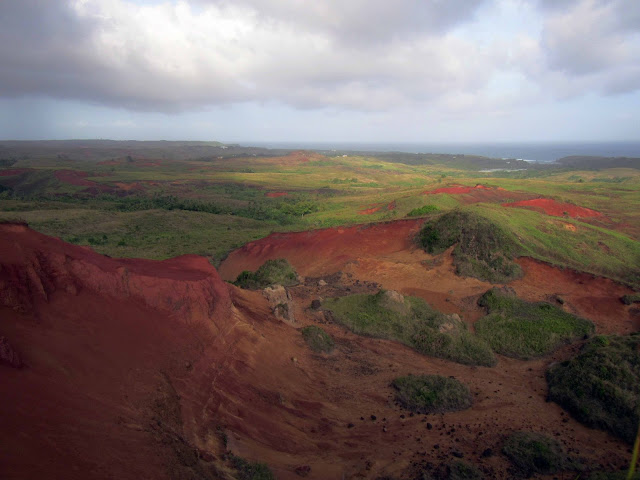 This photo from the internet is captioned "Red Clay Cliffs of Guam".  I grew up on Guam and the red clay was everywhere.  It was soft, slick and squishy under my bare feet after our tropical rainstorms. 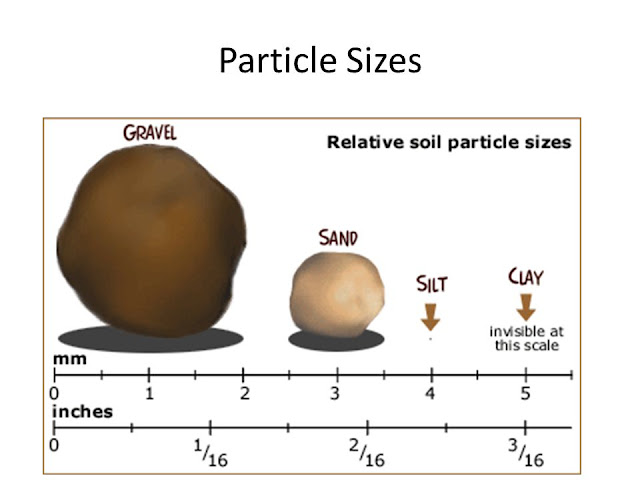 Clay is the tiniest soil particle.  It is almost invisible to the naked eye.  I'm not sure you can even isolate a single clay particle without the use of a microscope.  Consequently, lots of clay particles can pack really closely together and form a horizontal matrix that allows them to have great surface area. This characteristic is what makes clay stick to well to itself. (Think giant hard clods of the stuff)  However, clay does have a positive side,  it is relatively fertile because its particles are negatively charged and thus, attract nutrients like magnesium, calcium, and potassium.

As a master gardener, I have always repeated the mantra "the cure for clay is compost"  this still holds true but there are many more things you can do to loosen up that hardpan clay.

1.  Do not further compact your clay soil, do not work it when it is wet and so not step on it after you have worked it.

2.  Add good compost or well-rotted manure to your soil and dig it in 4-6 inches.

3.  Mulch your soil to prevent it from drying out and forming rock hard clods.  Use leaves, straw or even cardboard.

4.  Break up hard pan soil by planting daikon, parsnips and other deep-rooted crops.

5.  Plant cover crops like fava beans or alfalfa, they have deep roots that will help break up clay then, you can till them into the ground in the spring before they go to seed, for "green manure."

Amending and remediating clay soil is a multi-year process, tt takes time for the organic matter to do its work.  As with almost everything in the garden, be patient, you reap what you sow.